Finishing the volcano series with this, rather expansive post. First, panorama of Pauahi crater, stitched of 4 shots (black lava at the bottom is relatively fresh, this crater was active recently:

Some lava formation near it... 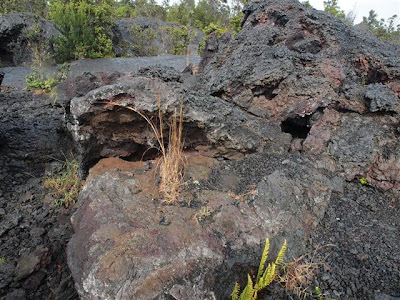 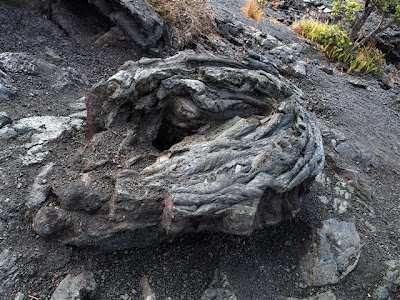 ... and further down the road, amidst vast lava fields: 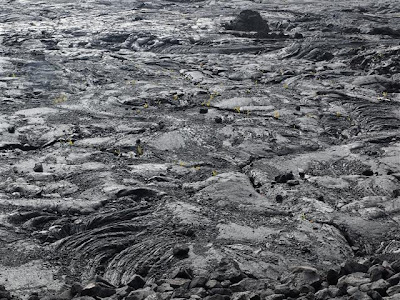 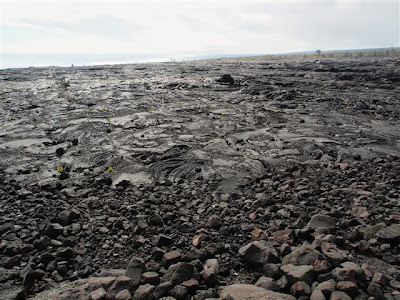 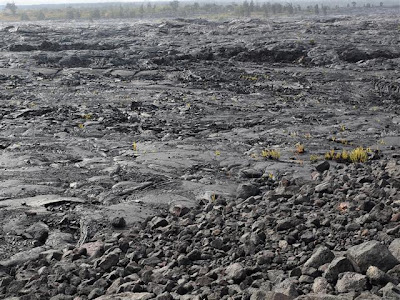 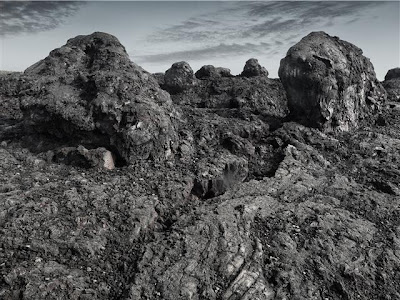 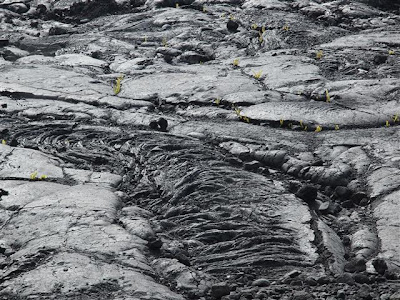 What you see in two shots below between the lava field and the ocean in the background is new ground formed by lava - the youngest on Earth as island continues growing thanks to constant eruptions. 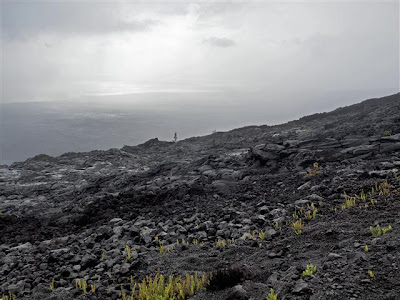 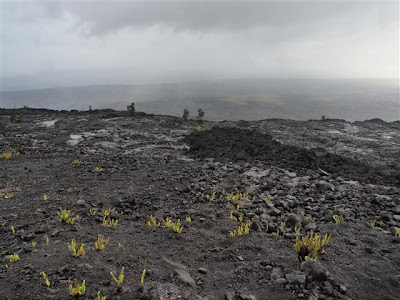 Holei Sea Arch - remnants of a lava tube entering the ocean, result of destruction by ocean waves. Not going to be there forever obviously... 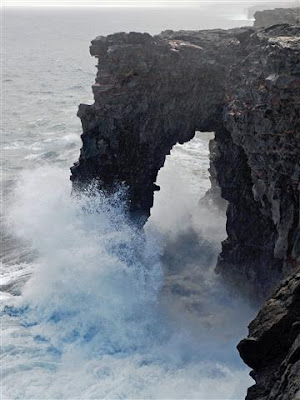 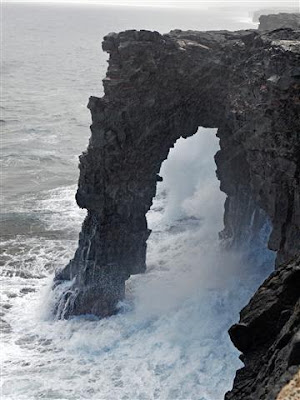 Lava formations are incredibly fascinating, hard to stop photographing them: 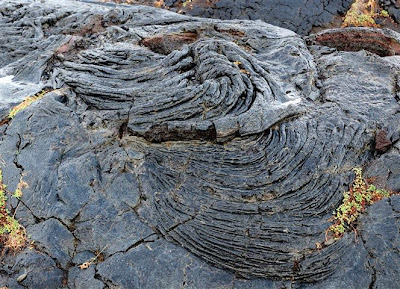 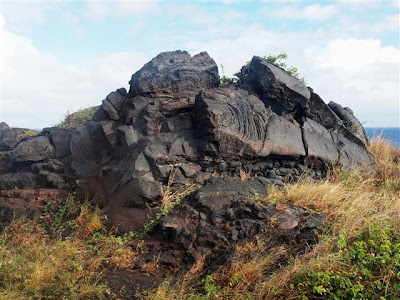 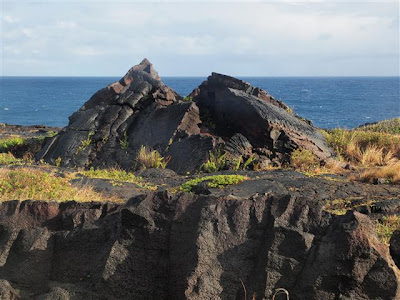 Finally, at the end of the way winding down from the top to the ocean level is the last "attraction:" road running into recent lava flow. So recent that it happened between our first visit to the island and now. It's a very strange feeling to climb the lava towering many feet above that same surface we used to drive 11 years ago. 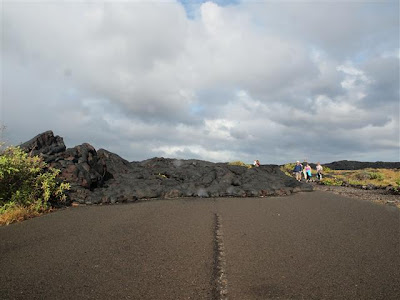 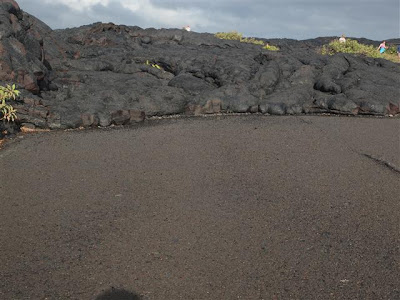 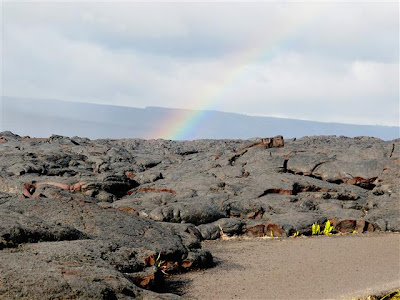 Looking back from the lava: 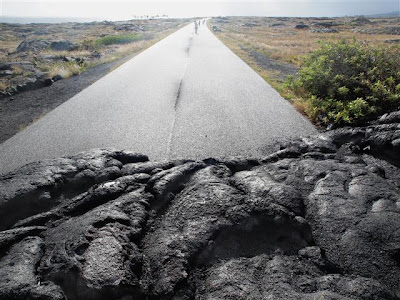 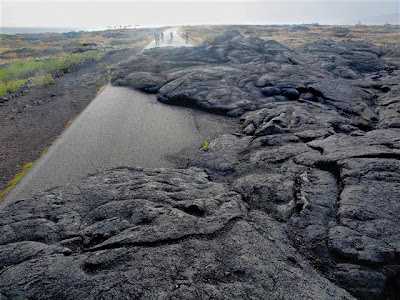 Someone has warped sense of humor: 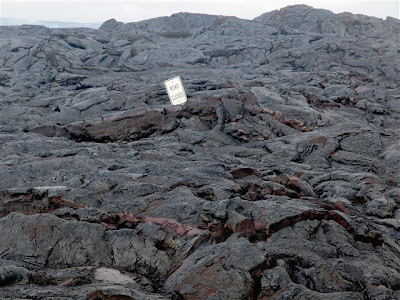 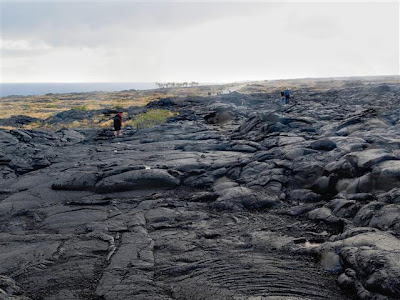 Looking at the end of the road destroyed by lava flow with rainbow above, can't get rid of the feeling that nature looked at the man's creation, said "nah" and then smiled: 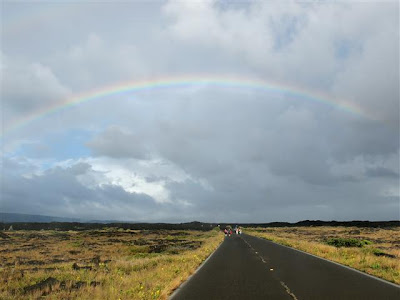 A few concluding shots on the way back: 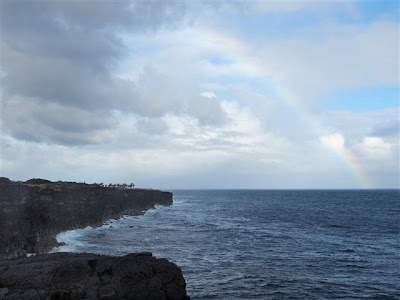 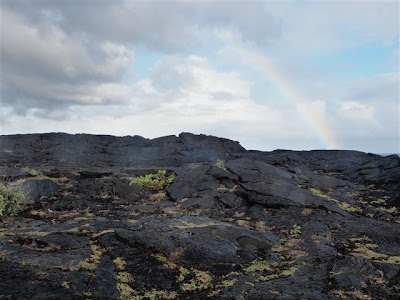 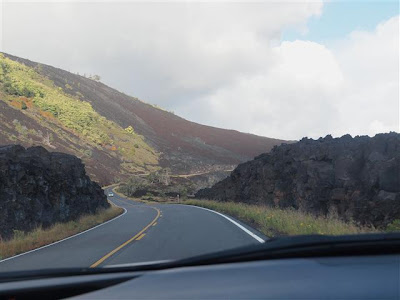 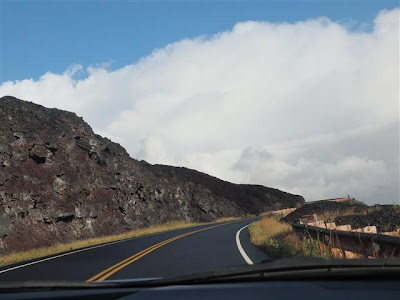 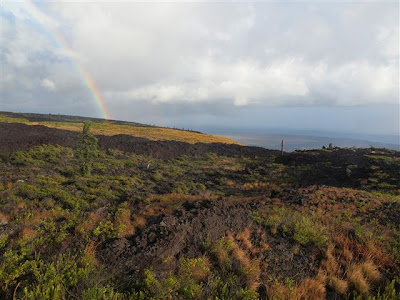