Opening images are not exactly limited to spring but for some reason have that feel... or maybe it's just me. Anyway, the first shot took a lot of patience as it wasn't really easy to catch just the right moment. With quite a few of "almost" shots, finally got the right one when a butterfly landed on the flamingo's back under the right angle, opened her wings a tad to let through that iridescent blue, flamingo moved to chase her away... and shutter was clicked right then. Took about an hour of waiting and a bunch of unsuccessful attempts. I think it was worth it: 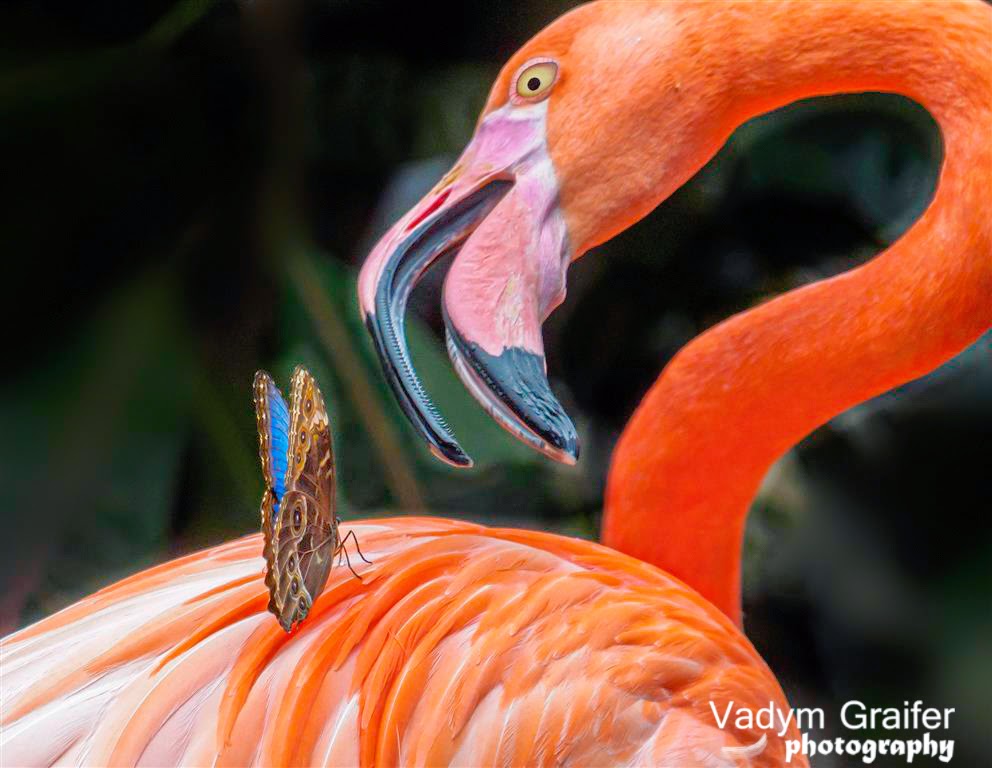 Meanwhile, there was also butterflies sitting pretty on pretty flowers, so I snapped some: 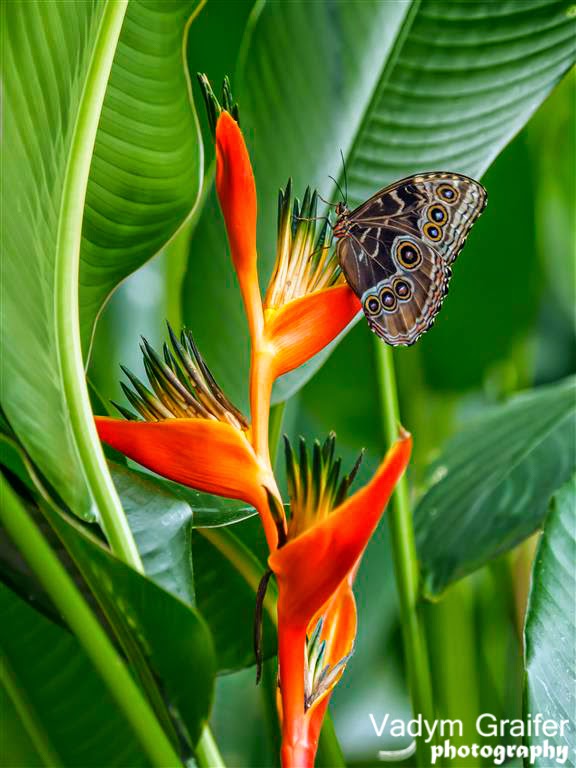 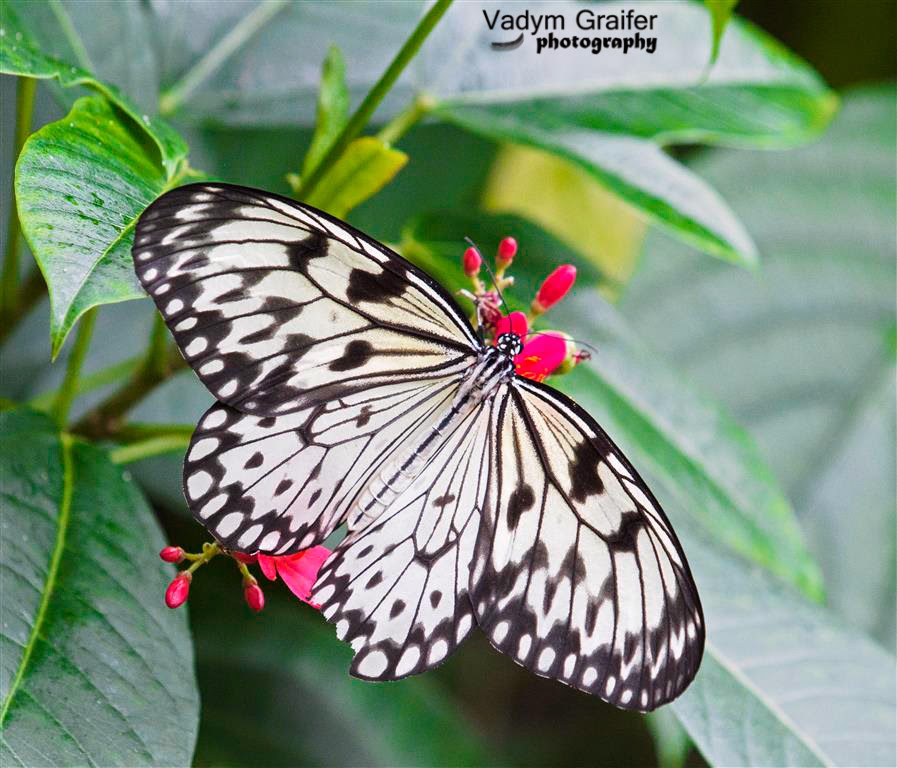 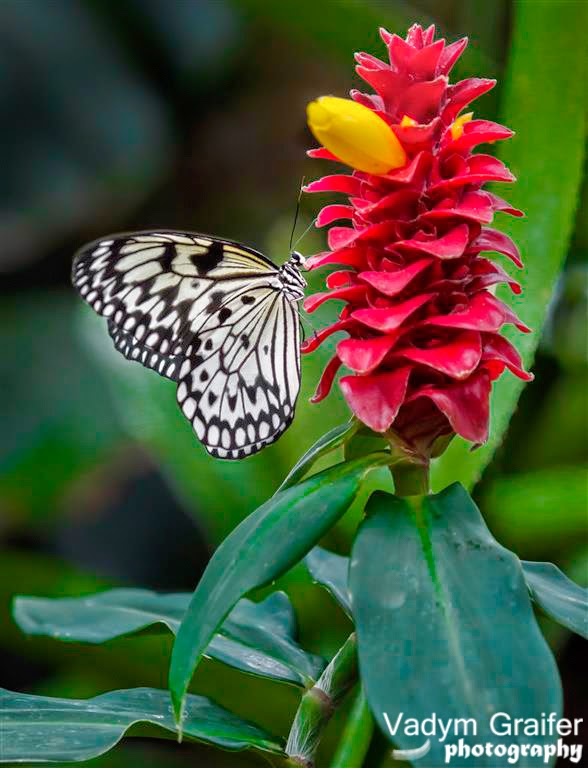 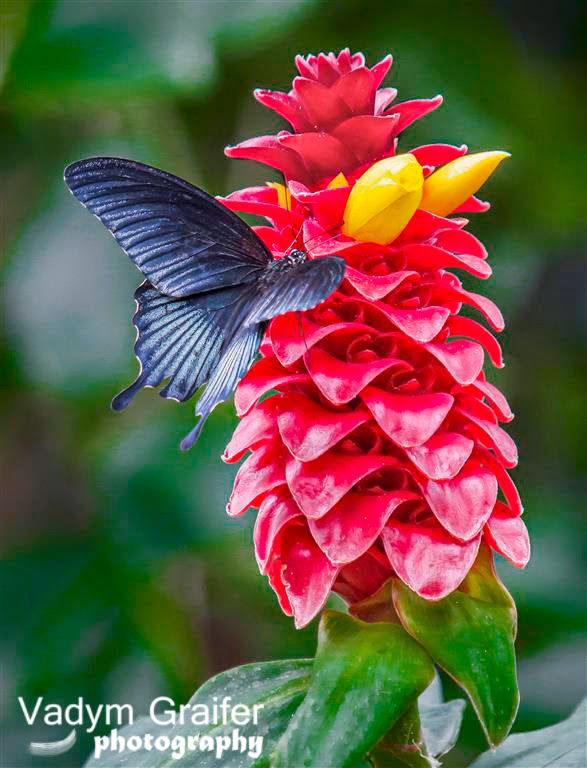 A photoblog post without a sunset, nah. Can't do that. Sunset on Sidney Fishing Pier, Mt. Baker in the background: 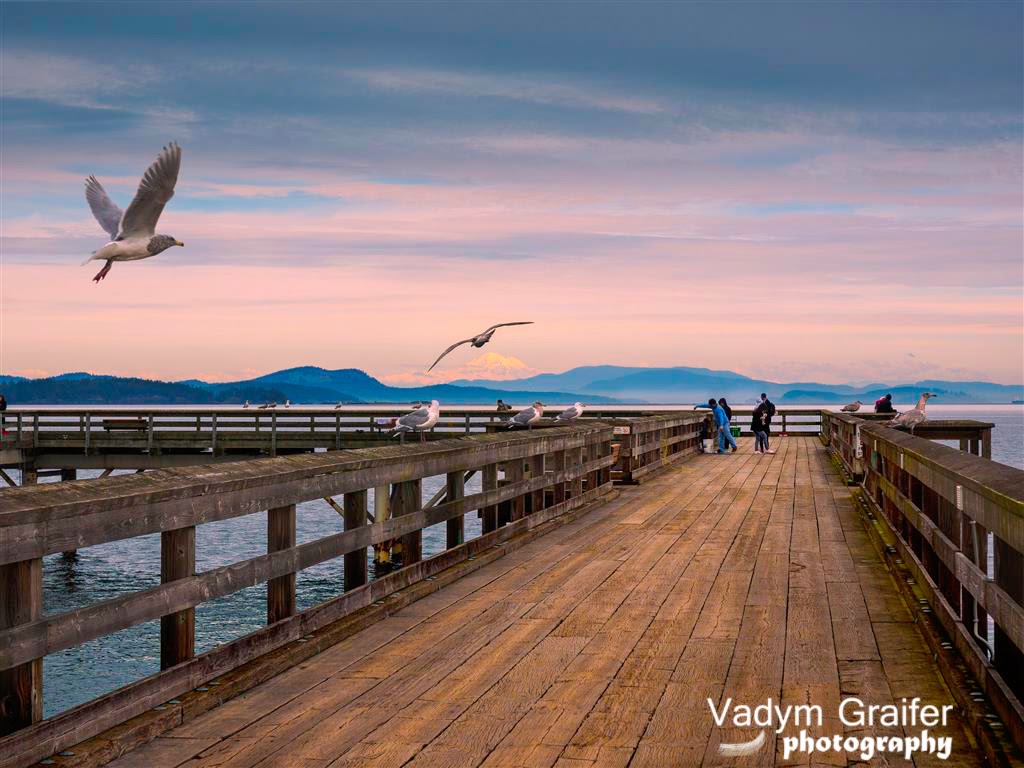 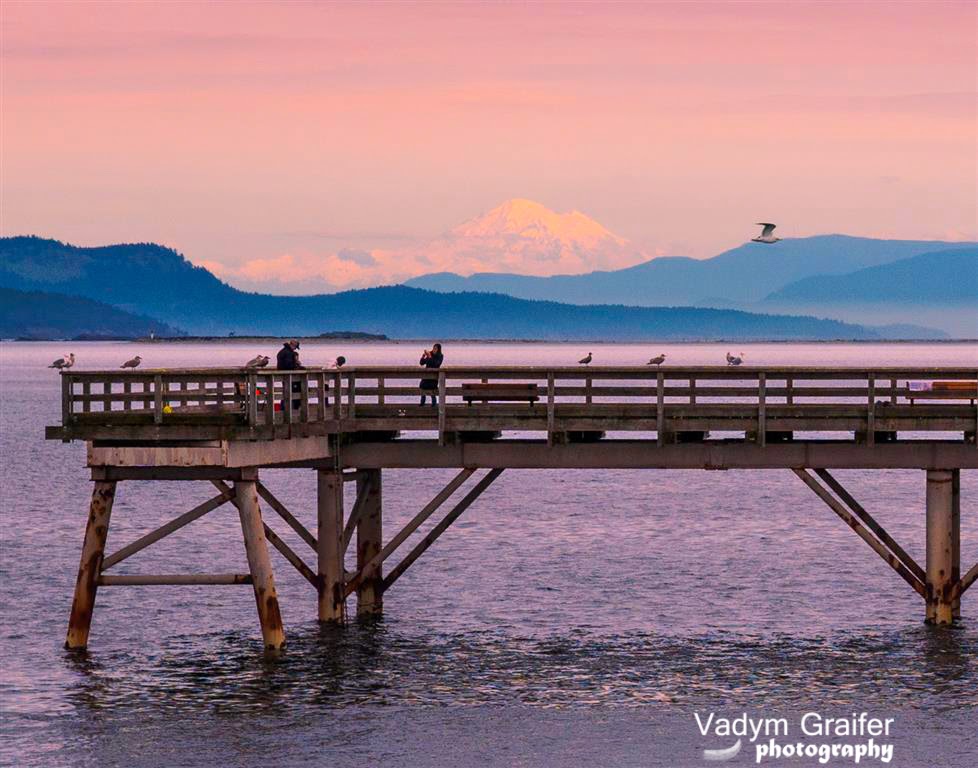 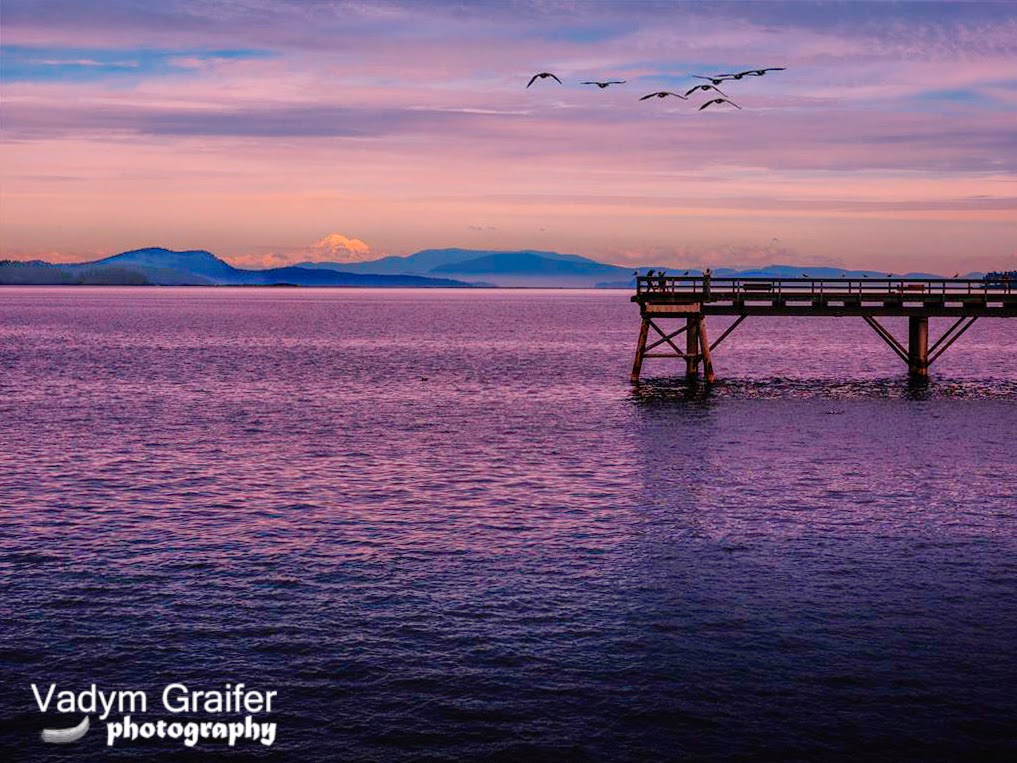 Absolutely hilarious interaction between a cormorant and seagulls: 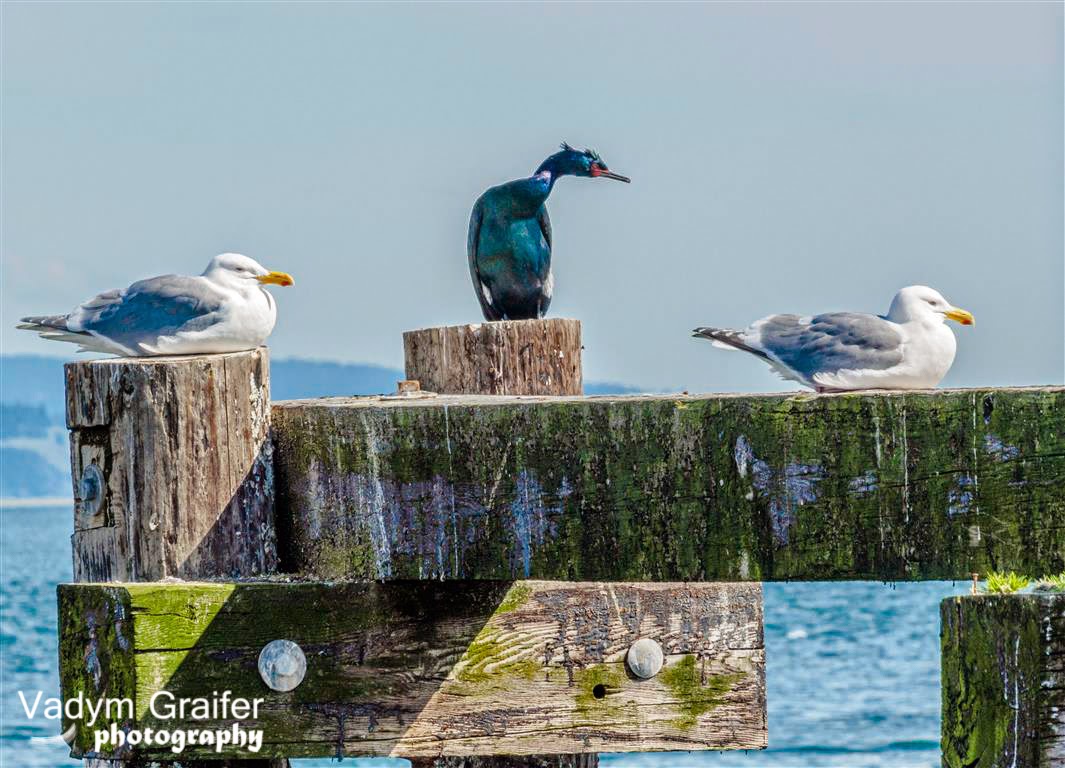 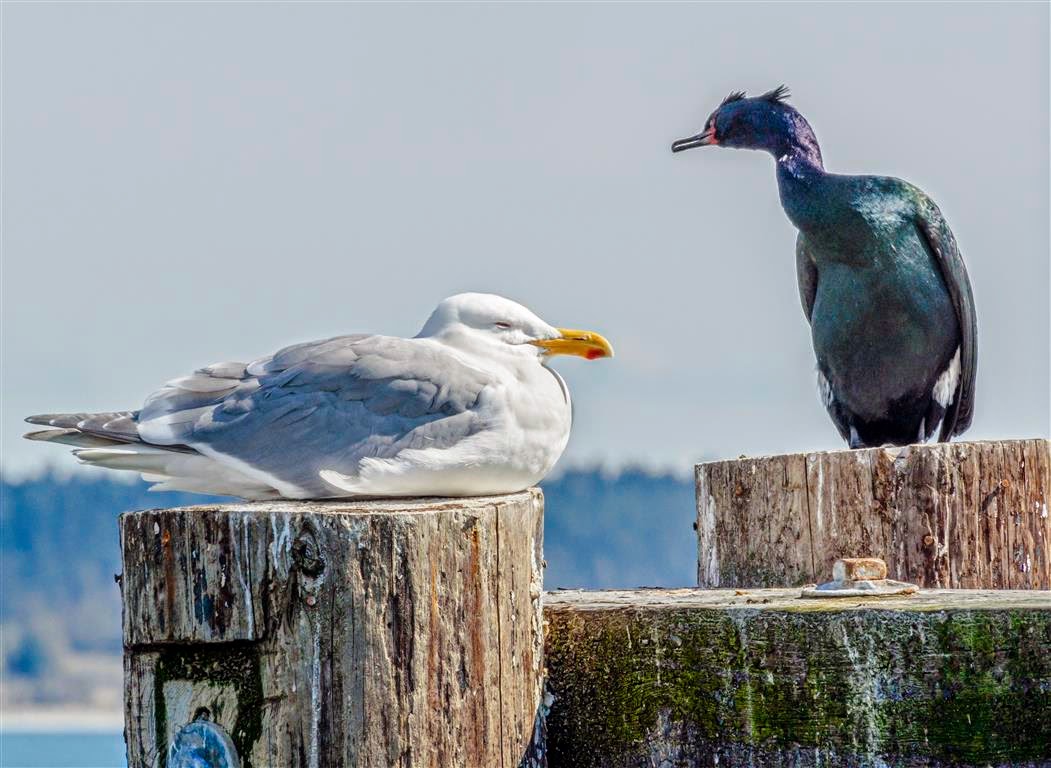 Oops, I promised you spring! Here it is: 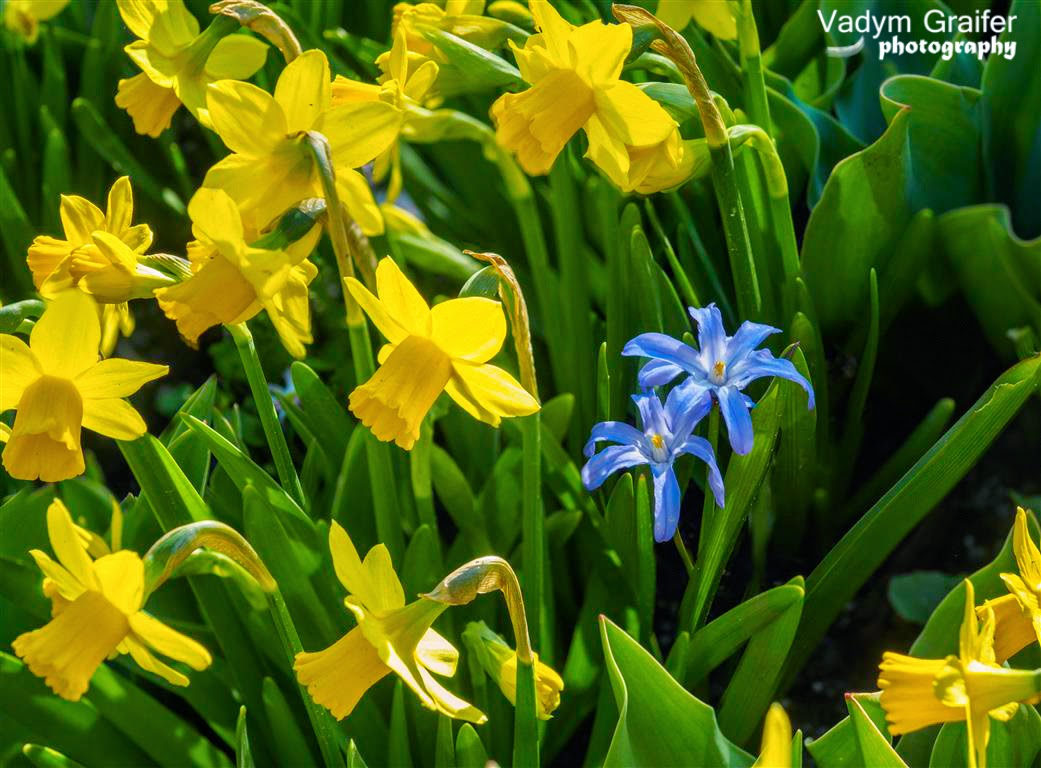 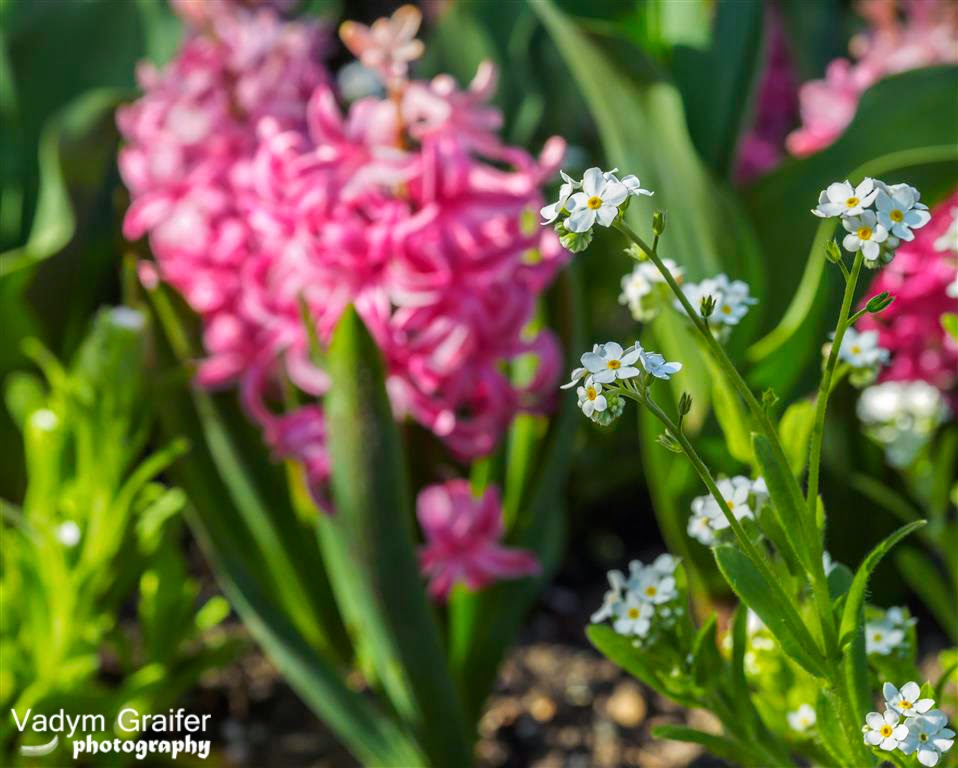 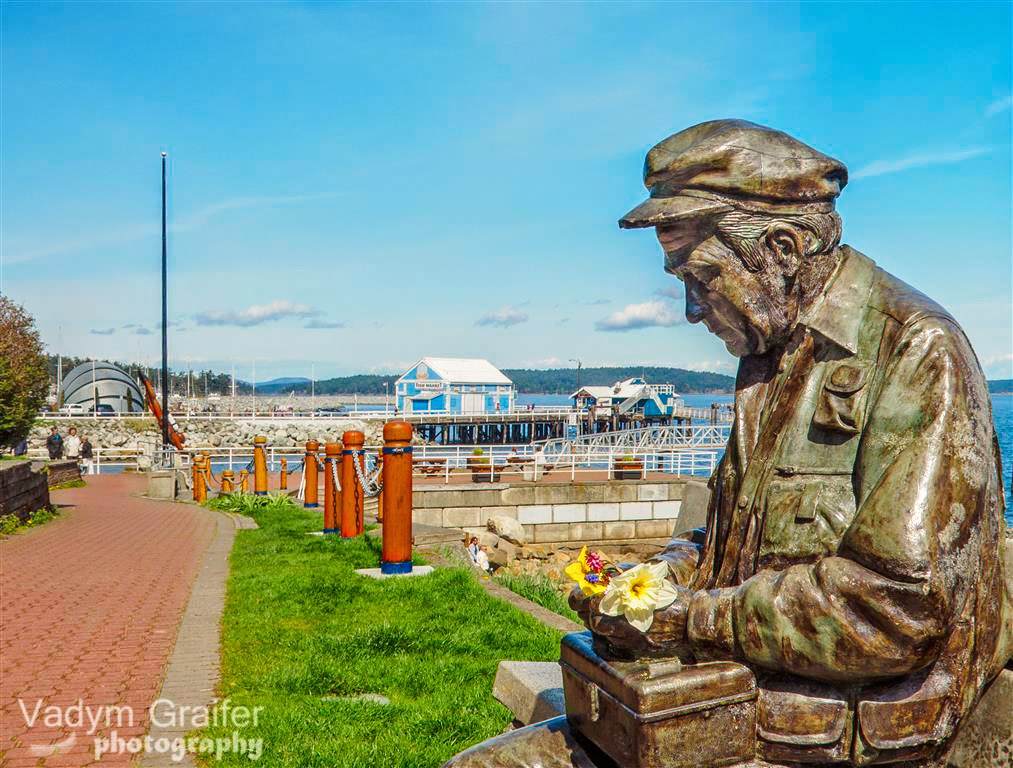 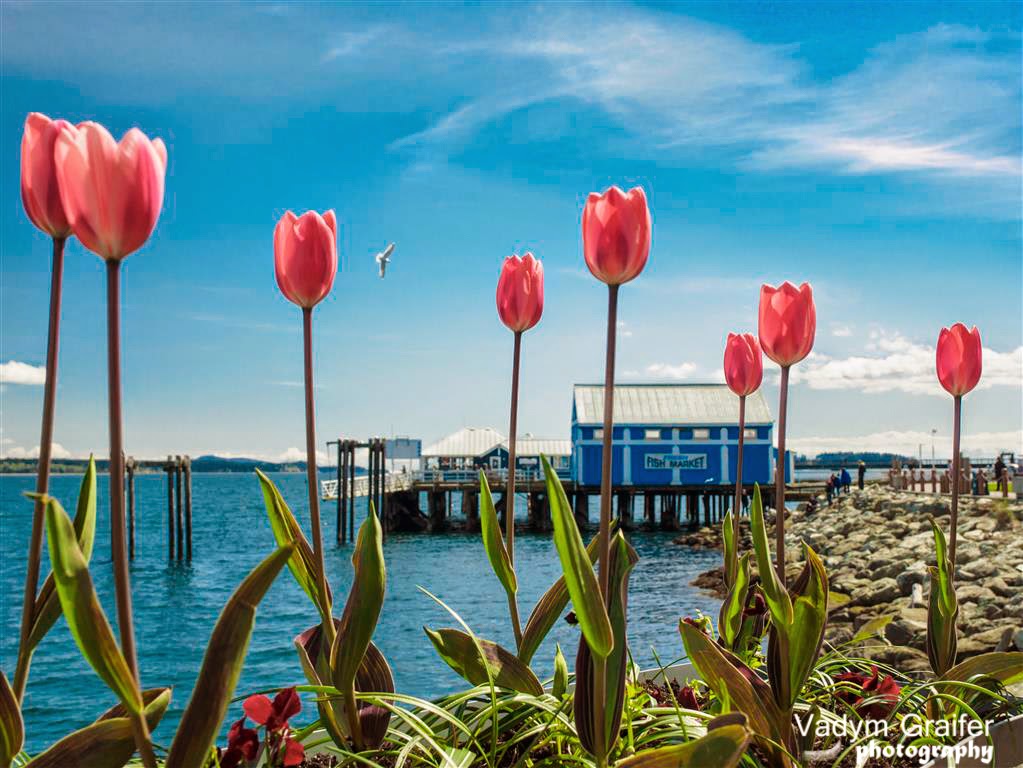 This couple, out for a walk, is it spring or what? 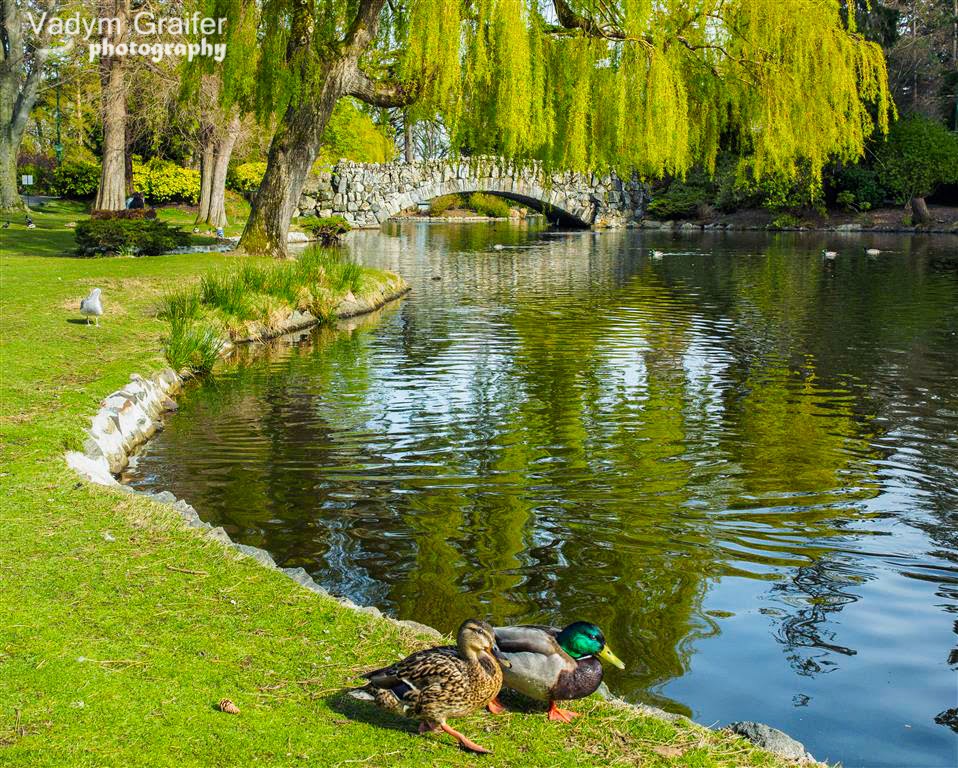 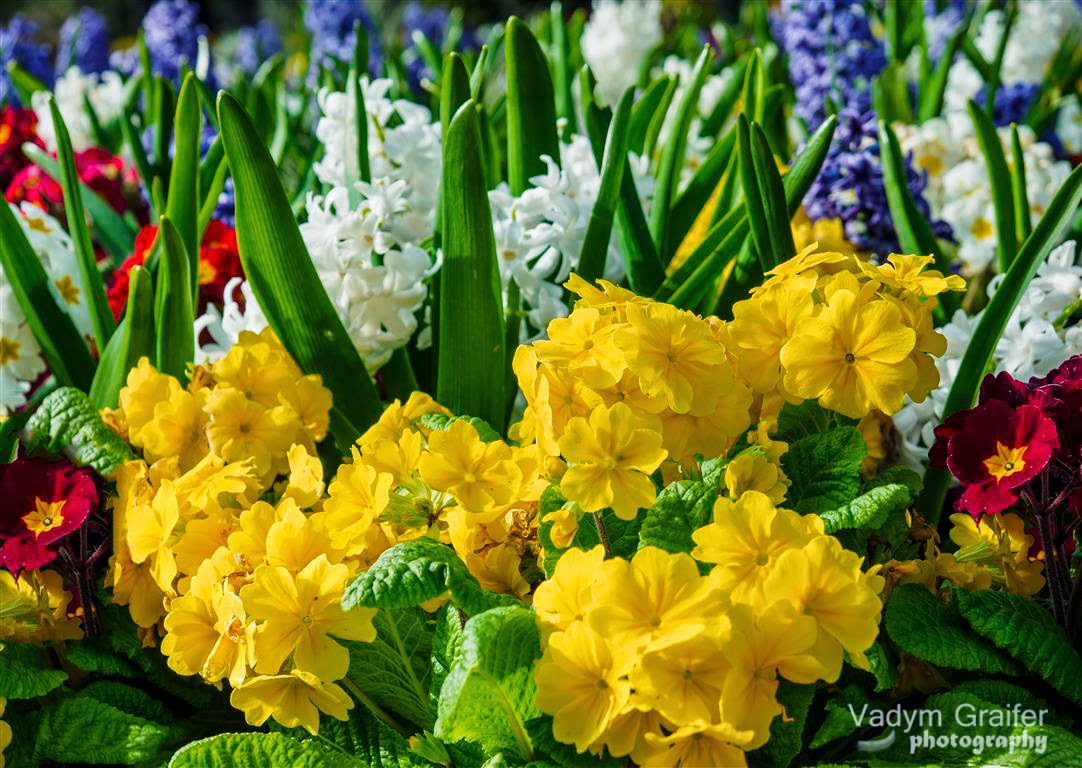 And finally, what's in the air during spring? Right, love. Mating rituals are in full force: 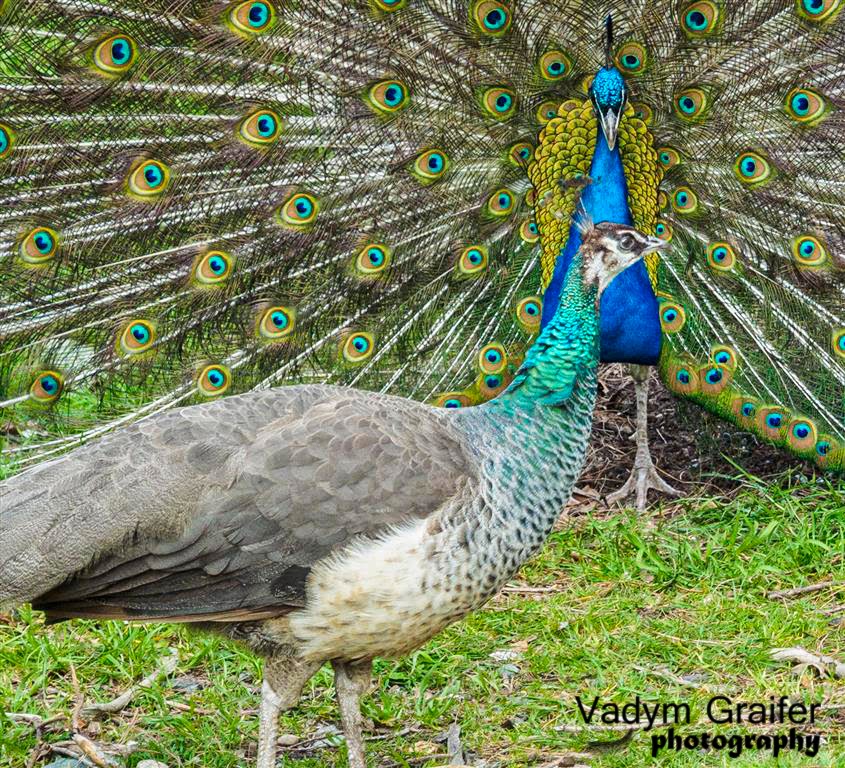 Posted by Vadym Graifer at 6:55 PM